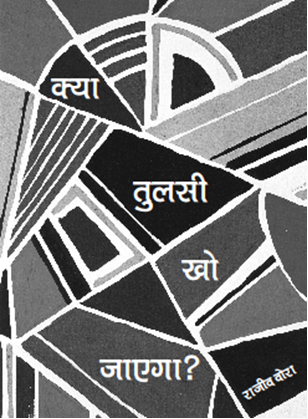 (Hindi); Rajiv Vora ; 2015 Rs 10.0 (Not Available)
Reprint of Rajiv’s article in Prabhat Khabar, bulished as nonviolence campaign material in Maoist tribal area of Banka dist of Bihar. It is a poignant story of a bright tribal youth Tulsi with a lot of potential to serve his people, who had to leave his his village Karamtand in Banka dist of Bihar to work as a manual labour and do sundry jobs in Kolkata. What it means for a tribal youth to ‘disappear’ , get transformed, nor here nor there…just a ‘human resource’ for the needs of the mega-city rather than a resourceful human being for his community.