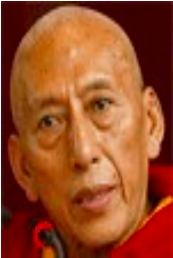 Chairman of the Hind Swaraj Centenary Commemoraton Committee, Prof Samdhong Rinpoche is a scholar, philosopher, fully ordained Buddhist monk and an ardent follower of Mahatma Gandhi. He has earned high esteem among Indian academic and intellectual circles as a visionary with a rare insight into the subject of Tradition and Modernity and civilizational, cultural and spiritual issues facing human kind. He was nominated on the boards of Indian Council for Philosophical Research, Asiatic Society of West Bengal, Sikkim Research Institute, Central Institute for Buddhist Studies, and was elected as President of the Association of Indian Universities. As Vice-Chancellor of the Central Institute of Higher Tibetan Studies in Varanasi, Deemed University, he shaped it as a unique institution of scholarship, learning and cultural preservation.  Preservation of traditional heritage and to re-establish a nonviolent human society has been the life-long mission of Rinpoche.  Prof Samdhong Rinpoche was the first Kalon Tripa (Chairman of the Tibetan Cabinet) to be elected directly by the Tibetan people. Throughout his life, Samdhong Rinpoche has played an active role in shaping the future of Tibetan society and Central Tibetan Administration. 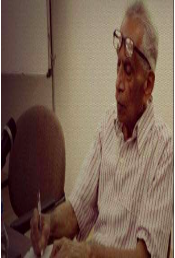 D.L. Sheth is Honorary Senior Fellow at the Centre for the Study of Developing Societies (CSDS). He served as the director of CSDS from 1984 to 1987. Professor Sheth has been the Editor of the journal Alternatives: Global, Local, Political since 1986. He was the founder director of Lokayan a Project on Development, Decentralization and Democracy (1980-82) and Chair Person for the terms 1983 85, 1988-90 and 1992-94. He was appointed to the National Commission for Backward Classes as a Social Scientist member (1993-96) and served as president of Delhi Peoples Union for Civil Liberties (PUCL). 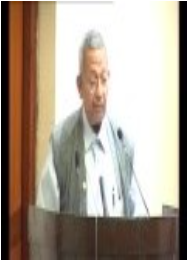 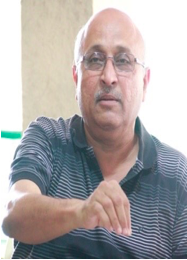 Chairman of the National Leather Cloth Manufacturing Company, a company he has served since 1971; former president and vice-president, The Plastindia Foundation; committee member, The Federation of Indian Export Organizations (FIEO) 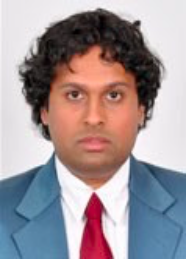 Professor and Executive Director of the Centre for the Global Governance and Policy at the Jindal Shool of International Afairs of O P Jindal University. He is Columnist with Asian Age and  The Economic Times.  He has half has worked as an international Nonviolent Peace Keeper in Srilanka for 3 years during the ethnic conflict 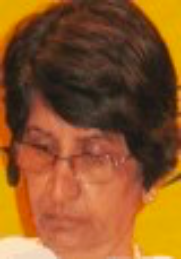 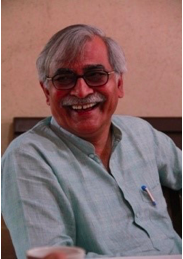